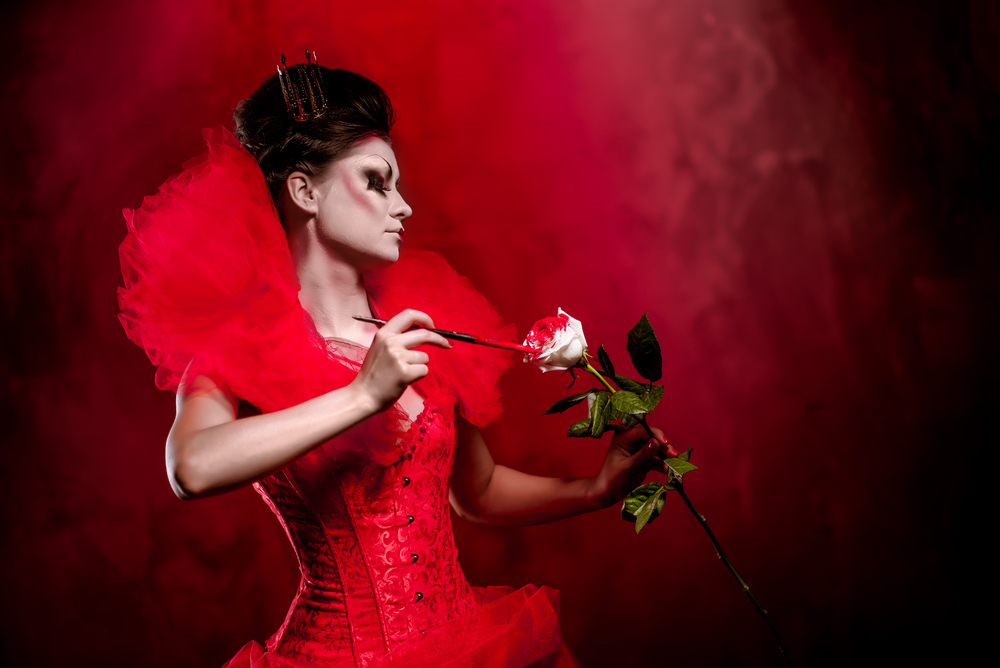 
Ever feel like you're going and doing as much as you can as fast as you can and it's never enough?  It's especially easy in the world of online marketing, where they tell us you have to be everywhere on social media, your blog has to be bigger, better, longer, more epic than the last guy.  Give away more free stuff than everybody else and do what they do, only bigger and better.  It's the Red Queen Effect.

The Red Queen Effect is an analogy used by biologists to describe the intense evolutionary pressure ​where creatures have no choice but to survive or die: predator and prey, host and parasite, established niche and invader.  It's a much more fitting analogy for the business world in my thinking.

Running With The Red Queen

Alice never could quite make out, in thinking it over afterwards, how it was that they began: all she remembers is, that they were running hand in hand, and the Queen went so fast that it was all she could do to keep up with her: and still the Queen kept crying 'Faster! Faster!' but Alice felt she COULD NOT go faster, though she had not breath left to say so. The most curious part of the thing was, that the trees and the other things round them never changed their places at all: however fast they went, they never seemed to pass anything. 'I wonder if all the things move along with us?' thought poor puzzled Alice. And the Queen seemed to guess her thoughts, for she cried, 'Faster! Don't try to talk!' Not that Alice had any idea of doing THAT. And they went so fast that at last they seemed to skim through the air, hardly touching the ground with their feet, till suddenly, just as Alice was getting quite exhausted, they stopped, and she found herself sitting on the ground, breathless and giddy. The Queen propped her up against a tree, and said kindly, 'You may rest a little now.'

Alice looked round her in great surprise. 'Why, I do believe we've been under this tree the whole time! Everything's just as it was!'

'Of course it is,' said the Queen, 'what would you have it?'

'Well, in OUR country,' said Alice, still panting a little, 'you'd generally get to somewhere else—if you ran very fast for a long time, as we've been doing.'

'A slow sort of country!' said the Queen. 'Now, HERE, you see, it takes all the running YOU can do, to keep in the same place. If you want to get somewhere else, you must run at least twice as fast as that!'

From "Through the Looking Glass" by Lewis Carrol​

If you're feeling a bit like Alice, where you've done everything you've been told to do, and still find yourself more or less in the same place where you started, you're not alone. But what the biologists and marketing experts overlook is that Alice was getting around just fine until she got pulled into the Queen's frenzy.

​You don't need to do everything.  You need to do the right things.  Because social media, content marketing, newsletters, SEO, podcasting, video production are all good, but they are just tactics.  When you lack an overall strategy, it's basically like running in place until you collapse, panting from exhaustion as you stare quizzically at the Red Queen.

But what if instead of running to keep pace with a fast moving world, you got into position ahead of everything and waited for the world to get there?  ​

The Strategy Room is a place in heaven to receive strategies to bring back down to earth.  There is a guest post here from someone who went in the spirit and boosted her business.

I was at a "Now Interpret This!" retreat last week, and when things are winding down for the night, some of the gang likes to take trips.  I got in on one to the strategy room, since there were lots of Dream Ventures people in the group. I had never done the group thing in the spirit before, so I might have been a bit unruly, as they were wanting to stick together and so they wound up following me out of the room and down to the beach.

What happened was a variety of scenarios where Jesus was teaching us parabolically the same thing in different ways and settings.  First was Him instructing us as a group in a broad "this will work for everybody" type of message.  Then it was on a more individual basis, although we were still all in the same place but we were doing different things.

The theme was about being positioned correctly for the very next thing and not giving opposition any room to work.  It was all about seeing and being at the right place in the right time for the next thing.

For instance, we followed Him in to a room with a pool table where he chalked up a stick and broke.  I sat down on a stool, it wasn't clear who He was playing but it didn't matter because He ran the table.  It was all about the set up and positioning to take the next shot.

​Later, I wandered down the stairs and out to a beach, and everybody came with me where we all kind of dispersed to follow our own interests.  I could still scan up and down the beach and see everyone doing their own things.  I picked up a surfboard I found and was contemplating.  I don't surf, and don't go in water with things that can get me, but Jesus shows up and says "lets get some wax on this and get out there." And we are out and I'm surfing along with a huge whale that is going as fast as I am. One of my friends witnessed this as well.  ​Then we are way out there sitting on our boards in calm water and I can sense that I'm getting a lot of instruction but my natural mind is not getting it.  It has to do with wave spotting, and again, being positioned for it.  I'm trusting that I have what I need to know.

Then I came home, and not wanting to go back to work quite yet, I opened up "Through the Looking Glass" and realized how similar Alice's practice of slipping through the "gauze" was—  ​like going through the veil.  I may be mad here, but I'll tell you, all the best people are...

The most "sane" alternative

Red Queen or Prince of Peace?  ​It's a conscious decision you'll have to make.  Red Queen is our default setting.  You can run, or you can get your strategy and hang loose.

If you are needing some help in the strategy dept, you might consider taking my class. ​Instead of randomly chasing white rabbits shiny objects, you'll get a cohesive plan, and a lot more.  Check it all out here.