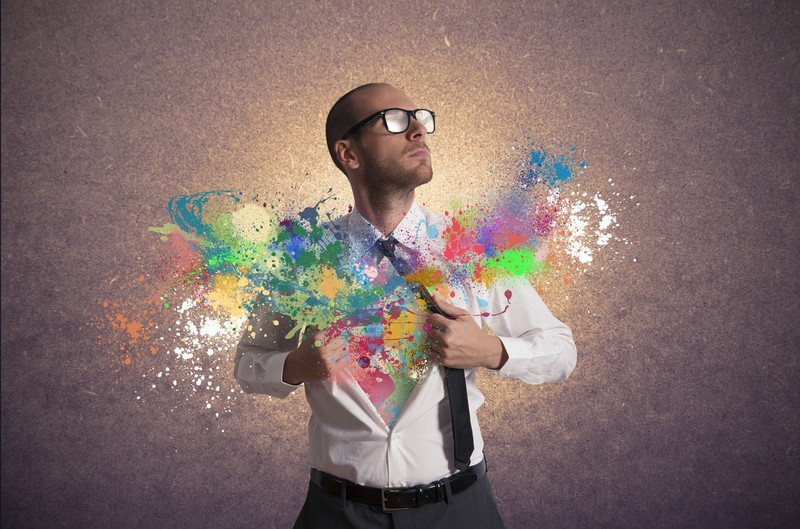 
The vast majority of people do things the total opposite of what I'm about to suggest here.  They think up an idea, decide to take the risk, spend a good bit of time, money and energy getting all their ducks in a row until finally one brave day in the future, they open for business.

I've done this too, and it's entirely backwards.  It primes you for failure, enables you to procrastinate, rattles your nerves, and burns up your cash reserves.

There's a better way to start a business, or develop a new direction within an existing one.

​Start Early, Fix as You Go

You don't need all your ducks in a row in order to start a business or go in a new direction.  You need to get an offer out there as early in the game as is reasonable, because odds are, you'll get it wrong anyway and need to adjust things.  You can try all you want, but you probably won't get it perfect right out of the gate.  You want to spend as little time and gas as possible going down the wrong road before you figure that one out.  Man!  How many clichés can I pack into one paragraph?

Bottom line ​— You don't know what works yet, so get going with something in order to tweak it.  Stop trying to be perfect!  Excellence is a process, and you need some early guinea pigs - I mean customers - to get started.

You just need to be able to clearly line out what you intend to do and put the offer out there.  ​Don't build the entire product, build a sales page. When I started the Dream Ventures class, I'd had this prophetic word about being a business consultant sitting on a shelf.  I had noticed my inability to stop telling people how to run their business, but didn't really know what to do with it until I got an idea of how to lay it all out.

So I wrote an outline, and put it into the best order I could, and wrote one module as an example.  ​I didn't even do a website. I submitted it to someone who had an existing class platform and put it there.  It's still there.  This is just a place for me to blog and explain myself.

Then I decided on a price (quite a bit less than it is now) and decided on how many sign ups it would be worth for me to write all the lessons.  ​Then I pitched it and exceeded my numbers goal, so I got started.  I just had to stay one week ahead of the class with my writing, and since I was creating as I went, I could easily see what was working and what they were needing from me.  And you know I was motivated because I already had a proven idea and people counting on me to deliver!  It would have been hard to write that much that quickly on faith.

The Least You Need to Know

Works for Books Too

There's been lots of chatter in a book authoring and self-publishing group I'm in about the costs involved in getting a professional product out there on Amazon.  Lots of emotions swirling over this whole money thing.  You can do this process with a book and you wouldn't be the first one either... Pre-sell the book and raise money for the editing, cover design and formatting.

In order to do this, you'll need an existing audience, which you have to have anyway if you expect to sell books.  If you have been blogging, or even really active with followers on social media, that might be enough.  You need a bunch of people who really want to hear what you have to say on a subject.  You can talk about your book, even "leak out" some excerpts, get everybody fired up and then ask them to help you get it finished.

You would want to give these people the finished file before you set it up in KDP Select on Amazon if that's the plan, because once you do, you are granting them 90 days exclusivity.  ​Hopefully your early readers will also be your early reviewers.

You might want a "money back" time frame on this.  You shouldn't drag it out forever. Either produce a product or ​give them a refund.

When the Idea Bombs...

Two weeks ago, I decided I wanted to start a subscription box club, you know, like Birchbox, or Dollar Shave Club.  Except I wanted to do this super nichey thing via Freedom Flowers.  I thought it was a fab idea and got really excited, kinda thought it out, threw up a sign up page and emailed my list. I spent about 2 hours on this whole process.  I of course had my number goal in my head of what I would be willing to put this together for.  Two people signed up.  Two!  And a bunch of them unsubscribed.

So I let this sit for a couple days, with the very real possibility of chucking it and issuing two refunds.  I was just trying to check in with God and asking if I should do it anyway, with only 2 and then decided that was ridiculous and that He could get me the subscribers I need to not make this slave labor.

I started my own internal dialogue.  "Is this a God idea or my idea?"​  I decided the way it came about was God.  I certainly wasn't looking for one more thing to do.

"Is it possible, that these people have no earthly idea what I'm talking about?"  (A common problem with visionaries.) Ding ding ding ding ding, we have a winner!​

I wrote another email to the list, painting the whole thing out more clearly while giving examples of how it would work.  Completely different response.  Instead of unsubscribing, they started replying about how cool it was and people actually signed up.  So I got myself a box club and it's been really fun to do, crazy significant and has become more ministry than I expected.  ​ I have thought for quite awhile that it would be cool to combine flower essences with classes or some kind of coaching to maximize the results of both.  So I found a couple teachers/coaches and we tried it.  I learned that my customers just want to buy a flower essence and get on with their lives.  That is the point right? Essences make it easy.

It may work for coaches, teachers and other pros to include my stuff, but I don't seem to be able to reciprocate.  Maybe it will happen, but I'm not going to put more energy into that direction unless I get some further insight.

A word about crowdfunding platforms

I know these are the cool thing to do, but I've never advised using them.  The people who are going to contribute to your idea are those in your sphere already. They make it easy to share on social, but I think you rarely get second hand contributions.  And they take 8-10% in fees by the time all the charges are added up.

Del of Healing Frequencies Music needed to get paid first in order to make the cd's and was heading toward Kickstarter.  She only needed $1000, and if you don't hit that number, you lose everything that was contributed.  If she got less than $1000, she could still get something done with that money and I was pretty sure we could raise the $1000 easily, just by pre-selling to the people she was already connected with and she did.  ​

Always make your business pay for itself.

There are exceptions to the rule, I can think of one offhand, and that's when you need to get some training or certification first.  That you may have to do on faith.

For everything else, "build it and they will come" is generally not a philosophy to go by.  I have been there, done that, and I've really got to believe something is God to not set myself up to get paid first.  I don't cough anything up out of my own pocket anymore.  If it's truly a good idea, and you can present it clearly and well, you'll get the backing you need.  ​

Got questions?  ​Post em below.  Lets get your business rolling!