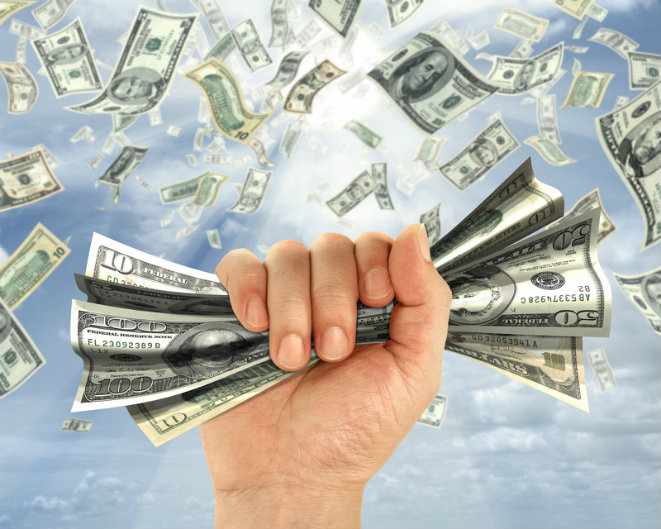 I’ve been asking the Lord about finances. More specifically, what keys and principles I’m missing, and what mind sets I have that need adjusting. I’m a big believer that most of our problems are between our own ears, especially if you’ve been around religion at all.

Perhaps what triggered this was some unintentional ministry on my part. One moment I was driving and the next I was in the spirit, in California putting money into a well known ministry person’s hand. I was praying and prophesying to him because I had seen in that moment that he couldn’t hold onto money.

Now we are supposed to be conduits, and to let it flow through us, but we also need a reservoir so that our own needs are met. I suspect that when we are struggling, it’s many times our own limitations we place on our finances rather than God not helping us enough. Religious attitudes towards money will make sure you get rid of it as quick as you can get it.

We spend time right up front in the Dream Ventures class dealing with money mindsets and other psychological barriers to success because trying to drag kickers and screamers forward in business has not been a good time for me. So I know this, and I’ve done some work on myself, yet I notice I still have a money ceiling. It might be higher than a lot of people’s, but it’s a ceiling.

So I’m getting a little assertive with God and saying “I want to learn from someone living this out. I’ll go to the world to learn it, I don’t care. Lemme hang out with Trump for awhile. I’m tired of hearing a bunch of theory from the pulpit. I know how to sow. I need somebody to teach me how to reap!”

So…. Guess what happens? In addition to my usual string of wiccans and new agers who frequent my business, I get a community of Orthodox Jews. And some who aren’t so Orthodox. They are soooo not worried about my prices. In fact, they offer to pay me extra. Quite different from the spirit of entitlement that a lot of the church has.

I’m so confused and bewildered by it all. I’m paying close attention to our interactions, and how they are, how they approach a business deal and how they respond to me when I do or say something stupid, or “doormatty” was the word one of them used yesterday. I can tell by the reactions where I’ve been stupid with my business.

They are not deliberately mentoring me by any means, but I’ve learned how to extract from whomever is around me. You probably have too, even if you’re not super intentional about it. That saying that you’re the average of the five people you hang out with? I take that seriously. I align with people who have qualities that I want rubbing off. Yes, consider it a compliment to be my friend.

Sometimes, the best thing you can do is slough off the tendency to be self contained, or conversely, so intent on ONLY hearing from Holy Spirit that you miss the mentoring going on right in front of you.