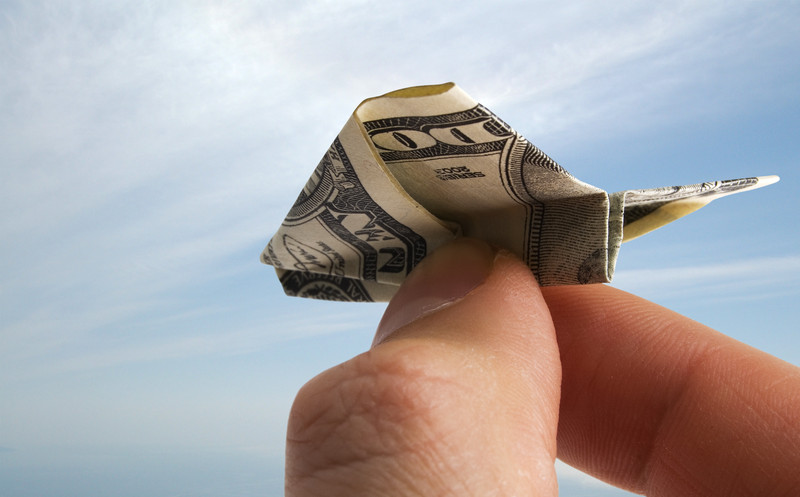 
I recently reached a financial goal, as in amount stockpiled.  I have been contending for quite awhile about financial keys, and since my business is emotional healing, that has been an obvious bent for me.

I have observed poverty mentality in action, and paid close attention to how different people view money and how that correlates to how much they have.  Oh yeah, there are definitely some patterns.

My theory has been that any kind of emotional response to money is detrimental.  We all know that the love of money is bad.  Negative feelings toward it are equally so.  Either allow it to rule you.  I'm convinced that money is not something to respond emotionally toward.  Sounds funny in my line of work where I'm all about freedom of emotion, and unblocking people, but such was my revelation.

Don't try this at home.​

Seriously.  I am the furtherest thing from a financial advisor, and what I did, I felt led to do.  That's me, and I'm sure there are other ways to accomplish this that will fit you.

I decided emotions would not run my money, so I put myself through a dissociative process.  In other words, I instigated emotional trauma, until a shut-down happened.​

What that looked like in practical terms for me personally, was investing in the most speculative, risky things I could find.  Not because I had done a ton of research and wanted to take the chance, but because I wanted to repeatedly do the opposite of what my emotions were screaming at me to do in order to break this thing.  I didn't really care where I put the money as long as it was way out of my control.

So I went through the economic ups and downs.  I reached a point where sticker shock and buyers remorse were things of a distant and surreal past.

And I found that when you do not have an emotional attachment to money, you can hear more clearly how to manage it.

I was told early in 2008, to pull back and get very conservative until that fall. Fall of 2008 was the housing crisis.  Nobody could pay their bills, stock market plummeted, bailouts began.  So many lost so much.  I was fine.

I pulled together all the money I could get hands on and dumped it back into the market.  I heard a voice saying "You're going to be so, so happy you did that."

A few more little ups and downs and we got to the Blood Moons and the Shemitah.  Dire predictions and everyone telling me to pull my money, which was now a sum worth worrying about.  But I never heard God say it.  And I searched my heart and couldn't find any fear.  I thought I might take some precautions anyway, but never got around to it.

So here I am tonight at my big money goal and could not initially understand why I was not more excited.  I had imagined I would feel more accomplished, throw a party etc.  And yes, it's cool but I just now realized I have dissociated from money. It was a 15 year process from start to goal, but in the end, it's just another day and it's only money.