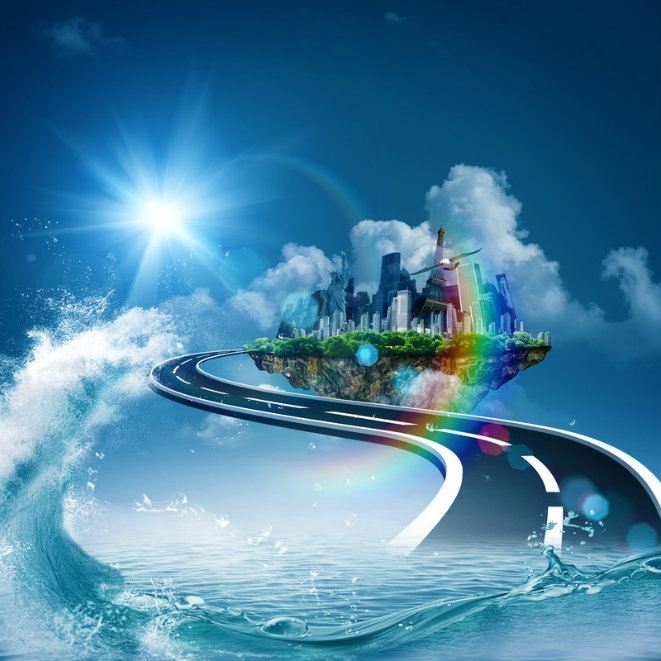 I asked Dream Venture student Del Hungerford of Healing Frequencies Music and Supernatural Lessons to guest post this week on a recent heavenly experience she had that helped her grow her business. I hope it inspires you to "practice" too. Heeeeeeeeeeers Del! Part of my most recent spiritual journey involves learning to see and do things in the Spirit. To do this, I “practice” much like I do when going through my most awesome scales and arpeggios. Any good musician will tell you that it takes practice to be good. So, with that in mind, I decided to practice the things of the spirit.

November 5th, I was playing the music for the “Prophetic Musical Journey” while driving to work and asked God if there was a way that I could get some more strategy on doing things for promoting my music, which we’re learning all about marketing in our Dream Venture’s class. I immediately got a vision of a big room in heaven where angels and people were standing around computer screens in addition to looking at all kinds of charts and graphs on walls. This was pretty cool!

I had to think a bit about what this meant for me. We then discussed it in the Dream Ventures class the next day. So, after class, during my “doing-things-in-the-spirit” practice session, I went back up to the strategy room in heaven and saw a person sitting in a room all by themselves with nothing other than a computer and a table.

The room was boring and . I then fell asleep. I got up the next morning a little confused about that and wasn't quite sure what to do with it. So, I asked God what that meant while driving to work. I heard Him saying something about that's what it's like when we do things in our own strength and not utilize the resources He gives us. After hearing what God said about this person in the room, I then walked back down the hall to where I first came in only to see long lines of people standing around. I got in the first line and could see there was a "being" handing things out. Because my focus was on what people were given, I didn’t pay attention to who the beings were. I saw some charts, graphs, and other related items. Different people in the line received items that I knew were specifically meant for them. When it was my turn, my items were handed to me and as I took them, they literally went into my body and became a part of me.

The second line, I saw the word "creativity" above the being. Just like the first time, the word literally soaked into my body as I received it. In the third line, the being was painting people all the colors of the rainbow. When it was my turn, with each brush stroke, the colors soaked directly into my body. It's almost like the paintbrush itself became a part of me when I was being painted.

I got into another line where bright lights were coming out of the being and anyone who stood in front of the light, became light themselves. The last line that I got into had only a handful of people waiting. A being was handing out musical instruments and again, they were different for each person. I thought “How cool!” and then remembered an experience at a retreat where a musical instrument was put inside me by an angel. Anyway, as it was my turn, I put out my hands to receive the instruments and, again, as soon as they touched my body, they became a part of me.

Through this experience, I realized that what is received, it’s important to release it to those around us. Honestly, that was the best part of the whole experience! I knew that what I’d been shown was meant for others as well.

What was interesting about this, was after her first initial experience, on the same day as her second one, I had laid down for a nap and prayed. It was something like "Lord, let our spirits go where they need to in heaven to get whatever they need, even if we don't perceive it. Just let me sleep and download whatever is necessary to move forward, for me, for everybody in DV. If I'm consciously aware great, if not great. " (I was tired.)

How awesome of God to fully honor my prayer and use Del to go get us all our stuff. Right after this, Del broke into a new market that's outside of the normal Christian music audience.  Now she is teaching this "travel in the spirit" stuff and has a great interactive class for you!  Check out Supernatural Lessons!

Del has more for you on how to extract even greater insight from your experiences here in part 2!